The Tree of Life Trust Zimbabwe is a non-governmental organisation whose vision is to create a healed and empowered society that puts its energy into processes of peace, recovery and reconciliation. We provide community-based mental health and psychosocial support (MHPSS) approaches that help people living with trauma to reconnect with self, nature, family and community. Tree of Life (ToL) works in 8 of the 10 provinces across Zimbabwe, largely through a network of seasoned Community-based Facilitators. ToL also collaborates with other Civil Society Organisations (CSOs) by providing capacity building in Trauma Informed Care processes, as well as through the provision of Psychoeducation services.

Snapshot of Achievements for 2020 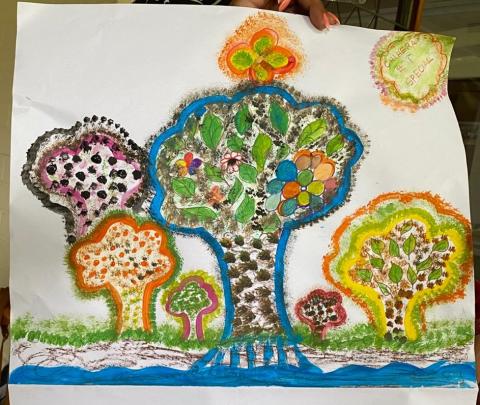 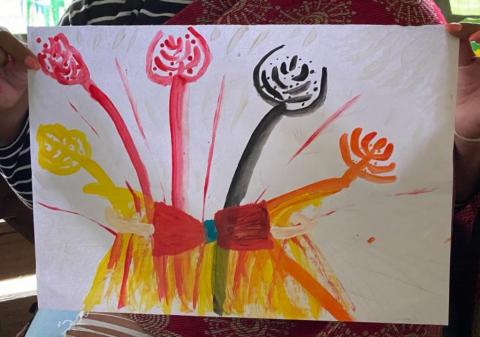 The USAID Funded Zambuko Livelihood Initiative is currently being implemented in Masvingo and Mwenezi, with the support of the United Nations World Food Programme (WFP), in partnership with the Government of Zimbabwe and Tree of Life. Between the months of October 2020 to March 2021 Tree of Life has conducted 32 Psychosocial Awareness and Coping Skills (PACS) workshops across 4 Wards for 1463 People (312 men and 115 women). 6 Ward Community Action plans were developed and of those, 5 were started by March 2021. Below are some testimonies from the field:

Masvingo Ward 12, Mudenge: Prior to the ToL PACS workshops the Mudenge community failed to make headway on community development projects because of continuous conflicts. After PACS the community got together to plan how to develop their community together. As an example, it was agreed that parents would mould bricks to develop the Mudenge Primary School which is currently seriously dilapidated. The community have also agreed to start an irrigation project.

“We have been blindfolded by our egos and hate for a very long time and during this time we did not do anything to develop as individuals or as a community. We relied so much on donor and government handouts and we could not see beyond. Thank you Tree of Life now we can come together as a people and discuss issues that affect us as a community. This was not happening before. I want to thank you for your good programs and I can tell you that going forward we will never be the same again. Of course, we cannot see complete change suddenly but what we have seen so far is a promise for a better future, a better community which come together and resolve differences and move on. I thank you a 100 times, keep up the good work” - Headman

The Domboshava community in Ward 6 in Mwenezi had conflict over the use of Domboshava dam in the community with other people living a distance from the community like Manjangaya village. Their cattle were not allowed to drink from the dam by the surrounding community people from Chikwalakwala, Madziya, Madoho and Chingwari.

It has been reported that the communities, after the Tree of Life PACS interventions last year, saw a need to work together with other community people and share the resources in their communities. In February 2021 they resolved the impasse through their traditional leadership and agreed to share the resource with Manjangaya people. Manjangaya village have small water resource which quickly dry up in winter and often drive their cattle to Domboshava for drinking, where they face resistance. They reported that they are happy to have this problem solved.

With the support of ToL trained Community Cohesion Facilitators (CCFs), 4 villages from Murinye (Ward 15) came together and cleaned their RURAL HEALTH CENTRE. 59 people were at the event and the Chief expressed his gratitude as he attributed this positive mind and relational shift to the TOL processes, as this was not happening before. Villages present include GWEHE, TAPFUMA, VUSHE AND TERERA.

“My community has drastically shifted from being a community full of hate, competition, individualism, conflict to a community which is geared for success, fight poverty together and continue working together. Leaders whom I have spoken with so far are reporting that they are amazed by the shift in behaviours of some people whom they had labelled as rebellious, problematic and those who did not want to work with others”. Speaking to the Cllr, he expressed that “development has become a chorus whenever people gather and are keen to take initiatives. This has made the Cllr’s development task easy and with this we hope to end the mentality of begging. Thank you TOL may you be blessed and reach out to many other people and will invite you to have a talk with all leaders and stakeholders who are working in MURINYE – The Chief

Local leaders, (the Councillor and Village heads) in Mwenezi Ward 10 shared that they had had a sad and embarrassing experience when a certain donor chose to support their ward come out of poverty and persistent hunger through supporting projects. People were given goats and other materials to be used to develop themselves but because they were not enlightened to understand why they it was good for them to do the projects, everyone focused at their current needs and sold the goats to buy food for that particular time. The project just collapsed and people were back to where they were before, poverty and hunger stricken. Since then the donor has never came back again.

“We are so happy to have WFP choose us to work with TOL. We are a responsible people now. We have seen efforts by MDTC to support people with livelihoods projects bearing fruits. People are given goats and chickens and are working hard to multiply them and pass on to the others. The levels of commitment are just encouraging and people are supporting each other very well. This has never happened in our community in our lifetime. There used to be competition, dependency on donor handouts, people did not want to work, let alone work together and conflicts of all types were the order of life in the ward. Ever since the TOL workshops, there is a sense of responsibility in the masses. People talk to each other well, support each other, respect leaders and are taking ownership of the projects and are vowing to continue even after the donor leaves. We attribute all this the PACS workshop which worked wonders in changing the people`s mindset. Yes, challenges are still there, but there is great change and even the people who did not directly attend the workshops in a way they are being transformed by the transformation of those who attended. Thank you TOL. We are sure as leaders we will not be found wanting by donors because people will never be as wasteful and irresponsible as they used to be. MDTC helped people with cement, roofing sheets, chicken and goats among other things and I can safely confirm that beneficiaries are making good use of the project and our community will never be the same again”.

and make the world a better place to live in